Jussi Film Awards for the best Finnish films of 2021 were handed out on Friday, May 6, on live broadcast on channel MTV3. The awards are organized by Filmiaura, an organization of Finnish filmmakers and industry professionals.

Compartment no. 6 went on to win eight of the awards. The Gravedigger’s Wife and The Blind Man Who Did Not Want to See Titanic both won two awards, and Fucking with Nobody and 70 Is Just a Number both got one award each. Goodbye Tornio was named Best Short Film and Invisible Demons Best Documentary Film. 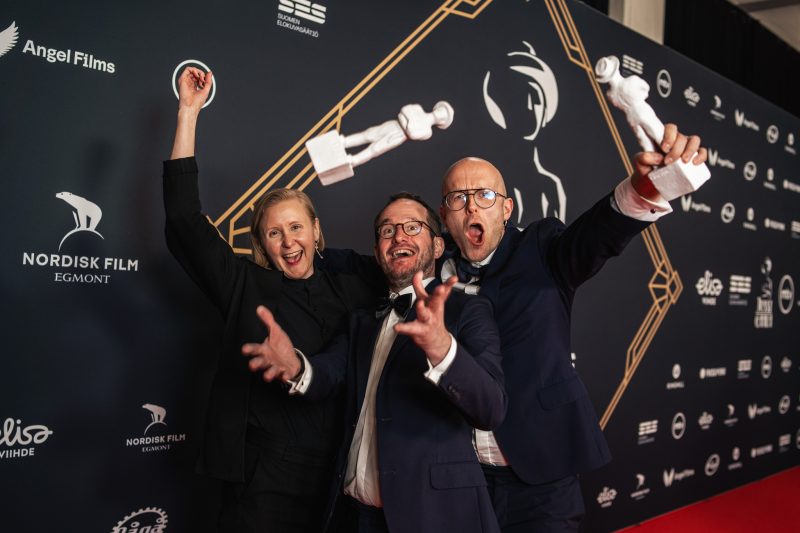 The Lifetime Achievement Award Betoni-Jussi was given to actor Heikki Nousiainen whose artistic career has spanned for over 57 years. Nousiainen is known various roles in films such as Here, Beneath the North Star, The Swan and the Wanderer, Letters to Father Jacob and Ladies of Steel.

The Elisa Viihde Audience Award went to Nurses – Dreadful Hospital Outage, directed by Toni Laine and produced by Jarkko Hentula, Marko Talli and Lotta Westerberg for Yellow Film & TV. The hospital drama is based on a popular drama series.

The Nordisk Film Award, worth 20,000 euros and aimed at filmmakers who enrich and develop Finnish cinema, was given to a group of filmmakers who have worked together for years making distinctive films. The award went to cinematographer Sari Aaltonen, director Teemu Nikki and producer Jani Pösö for The Blind Man Who Did Not Want to See Titanic.

Filmiaura also dedicates an award for the Feat of the Year (“Vuoden uroteko”), a special action that has improved our industry. The award went to Mitta on täysi, a collective that organized demonstrations during the pandemic to speak on behalf of the culture and events sector. The 2,500-euro award, sponsored by Aurora Studios, was donated to the Finnish Red Cross to help Ukraine.

This year marks the last time acting awards were given in gendered categories. Filmiaura will announce later the renewed acting categories for the 2023 awards.

SOUND DESIGN
Sami Kiiski, Heikki Kossi – The Blind Man Who Did Not Want to See Titanic

Jussi Film Awards are the oldest known film award in Europe, founded in 1944. The nominees are selected by an annually changing jury together with the board of Filmiaura, and the members of Filmiaura vote on the winners.