Skip to content
Latest news Diversity in the film industry: The whiteness of Finns is not neutral, natural or even true 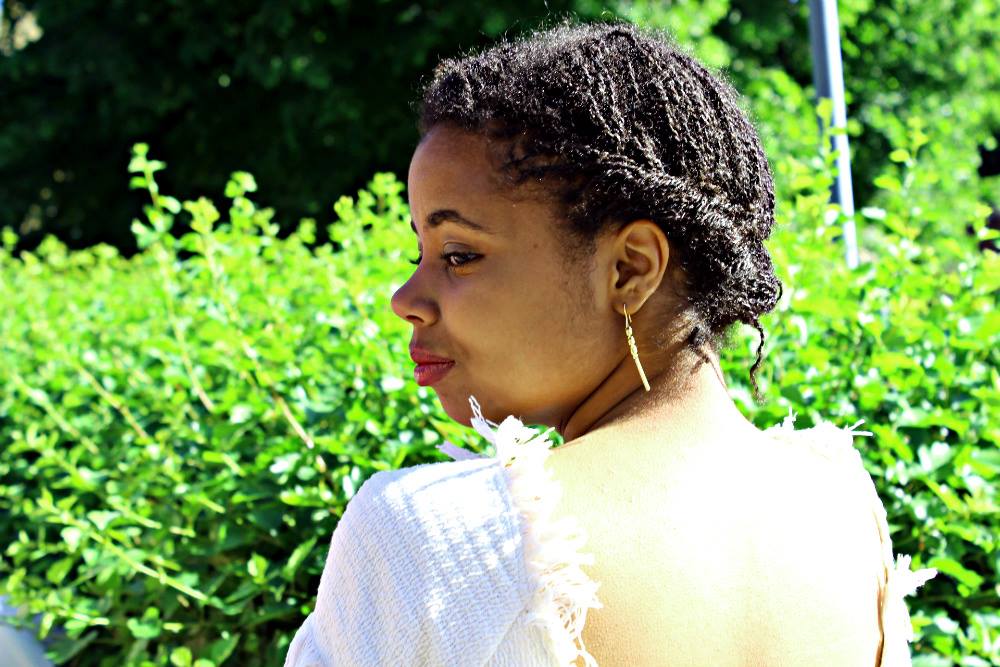 In our new series, different writers take a look at diversity and equality in the Finnish film industry. In the first article, actor, activist, poet and screenwriter Laura Eklund Nhaga writes from an anti-racist perspective about the screen industries.

Anti-racism means active anti-racist work, not convincing each other that we are not racists while continuing like we are used to.

The most harmful racism, or any form of oppression, hides in power structures, not in stand-alone comments or “bad” individuals – and that is why we need structural changes. In theory, the same principles and tools work in creative industries as in other work environments. These are active commitment to principles of safer spaces and making it clear to all team members. Diversity training. Hiring a person with appropriate education who oversees that the safer space principles are followed.

When a script deals with a subject matter related to oppression – and through that automatically also traumas that actors, directors or other crew members of color may have – it must be taken into consideration. The working environment must be developed in a way that makes it safe to deal with the trauma. Where are the personnel in charge of well-being? Intimacy coordinators? In the UK, they are required even in student projects.

There are plenty of strategies for safer spaces, integration and anti-racism, and new ones are being developed. Implementing them in Finland requires commitment. I would say it’s not a question of incapability but unwillingness to use the strategies and/or lack of understanding with regards to their necessity.

A special phenomenon plagues the Finnish discourse on racism: the myth of the natural whiteness of Finnishness. This can be seen in many narratives: in the “there aren’t that many people of color” excuse, in the idea that racism is an American problem that came to Finland in the 90s, or in the way people of color are left out in the film industry, be it in front of or behind the camera.

So, let us approach the issue directly and talk about the myth that has taken hold of the Finnish film industry: the myth that there are no (non-white) people and filmmakers of color.

The ”there are no people of color” discourse is strong in Finland. And compared to many other places, it rings somewhat true, but the relationship between the reality and media is distorted. I see more brown people on the streets in Helsinki than ever on television. The whitest work, school or pastime environments I have attended have been those related to film and acting.

It creates a myth that there are no brown Finns, which means that they are not taken into consideration in politics, media and the arts. There is an idea that you need to always tell white stories by white people, for white people, because no brown screenwriters, actors, directors, cinematographers or audiences just exist. Much could be said about the matter, but I will focus here on three phenomena.

Personally, this alarming trend breaks my heart the most: when importing Anglo-American films, especially musicals and animated films, the characters of color are whitewashed, apparently dictated by the suspected conditions that there are no brown actors.

In Disney’s The Princess and the Frog, the main character’s voice was dubbed by Laura Voutilainen. In Soul, which came out in 2020, the main role went to Joonas Saartamo. Cynically speaking, both films are Disney’s efforts to get diversity points. Disney is very careful about who does the roles in their films, regardless of the country or language. It is hard to believe that they would allow such casting choices if this idea that there are no actors of color in Finland didn’t persist, even abroad.

When roles for people of color are scarce as it is, it feels especially insulting that black characters, and in the case of Soul, stories that deal with black culture, are given away without bothering to look further.

I’ve heard the ”there just are none” explanation often in comments to casting announcements and as an excuse for discarding projects. I don’t believe that it has to do, at least not always, with someone actively trying to sabotage the careers of filmmakers of color. It has to do with a wrongful, distorted understanding, perhaps based on a person’s own life experience, but not reality.

For me as a black actor, more horrible than being sabotaged by The Big Bad Racist, is the idea that people simply don’t think you exist. You are invisible.

No one wants to see

How come there aren’t more stories with people of color? The stories of white people – and straight, cis-gendered men – are considered neutral and universal. This is a problem everywhere. Minorities can be seen only in stories about oppression, meaning stories about racism, for example. Even those stories are rarely told in Finland, because they are not seen as Finnish stories, but American.

When you have stories about a kiosk (Kioski) or the relationship of four siblings and their estranged father (Sunnuntailounas) or two women’s best year ever (Paras vuosi ikinä), these stories are told with white bodies because they are neutral and relatable, whereas brown bodies are The Other.

Brown bodies are invited as part of the story only when the white character must learn to be less racist or when they need to hear that they are not racist. It is true that not all stories need to deal with racism, but has anyone thought that maybe one of the kiosk employees or the changing partners of the Sunnuntailounas posse or the friends having their best year ever could be brown? And it wouldn’t have to be about racism?

There is a combination of worrying that brown characters are not relatable and the false belief that white characters automatically are. It won’t change if brown Finns – who exist in masses – are not seen as normal also on screen.

We just couldn’t find one

As said, with a few exceptions, spaces in the film industry have been the whitest in my life, be it in the context of work, school or pastime. I have heard about experiences where people have actively tried to employ filmmakers of color but they just couldn’t find them.

When it comes to structural problems, it isn’t enough to open the gates and wait for the people of color to show up. If work, educational and pastime spaces are not actively promoting anti-racism and integration, they are not welcoming for professionals of color. In the long run, it doesn’t matter how much work there is available. The key is accessibility.

Default whiteness creates a space where a white Finn doesn’t feel a thing but the brown body becomes a problem. From an actor’s point of view, it can mean different things: Do they know how to do my hair? Can they light my skin properly? Are there racist undertones in the script? Do I have the courage to mention them? Do I have to relive my traumas through my character without a warning or the resources to deal with it?

I insist on hiring personnel that is in charge of the well-being of the crew, to benefit not just the people of color, but everyone. Micro-aggressions may seem small from the outside, but they create a working environment that is not safe, that reinforces the trauma of racism and is detrimental to mental health in the long run.

Behind the camera, the chronic whiteness of the film industry has to do with how accessible the film schools are for young people of color. In recent years, we have seen discourse around the whiteness of art schools, alienating the potential applicants and students of color from the arts.

Is there education available in languages other than Finnish and Swedish? When hiring people, is education from abroad acknowledged? Is the working language always Finnish? It creates a loop where education in the field is only given to white people who then make films about themselves, casting other white people in the roles.

In order to practice anti-racism in the film industry, we must forget the idea that its blinding whiteness is a natural state. In fact, diversity is more natural than 99% whiteness. A brown body must not be the strange other, it needs to be normalized and become part of the standard.

Laura Eklund Nhaga is a 24-year-old actor, activist, poet and screenwriter. She is currently studying social sciences in the University of Warwick in the UK.

Only change is a constant fact

“Stories humanize and connect us, this is something that is generally agreed upon, and the...
Read more