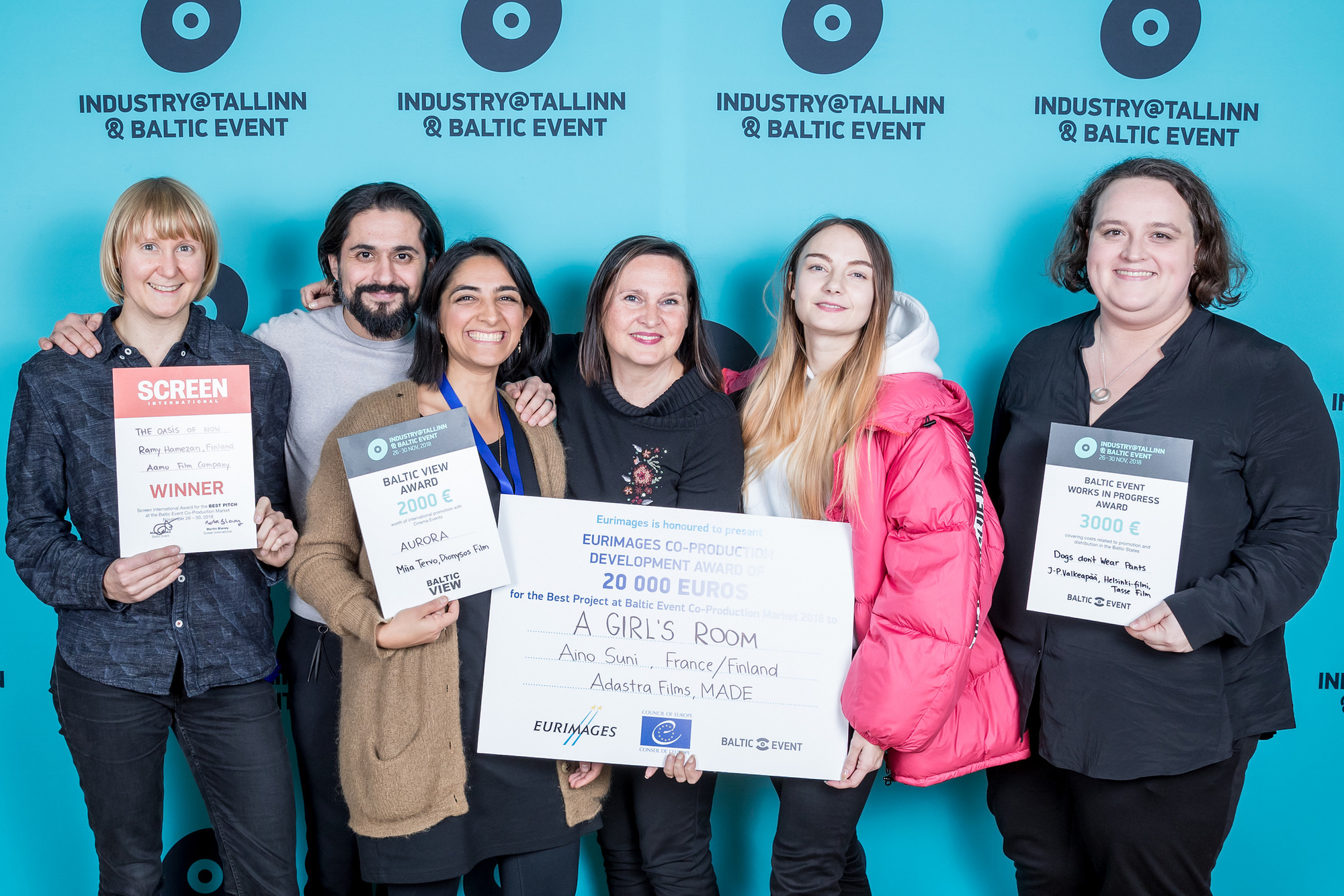 Film Company Aamu’s project The Oasis of Now won the Screen International Best Pitch Award at the co-production market. The film is directed by Hamy Ramezan and produced by Jussi Rantamäki. When finished, it will be Ramezan’s debut feature. The award consists of coverage of the life-cycle of the film in Screen International.

Best Project Award went to A Girl’s Room, directed by Aino Suni. The French-Finnish co-production is produced by Sébastien Aubert from Adastra Films and Ulla Simonen from Made. Suni’s latest film is the feature documentary Never Again. The award sponsored by Eurimages is worth 20,000 euros.

Baltic Event Works in Progress showcased three Finnish and eight Baltic films. Dogs Don’t Wear Pants from Helsinki-filmi won the 3,000-euro award that will help the film gain visibility during its promotion and distribution in the Baltic States by covering related costs in the region. The Film is directed by J-P Valkeapää (The Visitor, They Have Escaped) and produced by Aleksi Bardy and Helen Vinogradov.

The 2,000-euro Baltic View Award went to Aurora from Dionysos Films, directed by Miia Tervo and produced by Max Malka. Tervo’s debut feature will have its domestic premiere in January 2019.