Skip to content
Latest news Heartbeast, Compartment no. 6, Golden Land and The Mission compete in Göteborg

Göteborg’s Nordic Competition features eight films, four of which are supported by the Finnish Film Foundation. The main prize Dragon Award is worth SEK 400,000 (about 41,000 euros).

Compartment no. 6, currently also shortlisted for an Oscar, made it to the competition. The film is directed by Juho Kuosmanen and it premiered last summer in Cannes.

The festival will be the world premiere for the French-Finnish-German co-production Heartbeast, which is the debut feature for its director and scriptwriter Aino Suni. The film is produced by Sebastien Aubert for Adastra Films, and the Finnish co-producer is Ilona Tolmunen from Made. It is a drama about a 17-year-old rapper who moves to France with her mother and gets acquainted with her new step sister, a ballet dancer leading a double life.

The Nordic Documentary Competition also features eight films, four of which are supported by the Finnish Film Foundation. Two of them are Finnish productions: Golden Land by Inka Achté and The Mission by Tania Anderson. The latter, a film about Mormon missionaries in Finland, will have its world premiere in January in Sundance. It is produced by Isabella Karhu and Juho-Pekka Tanskanen for Danish Bear Productions. 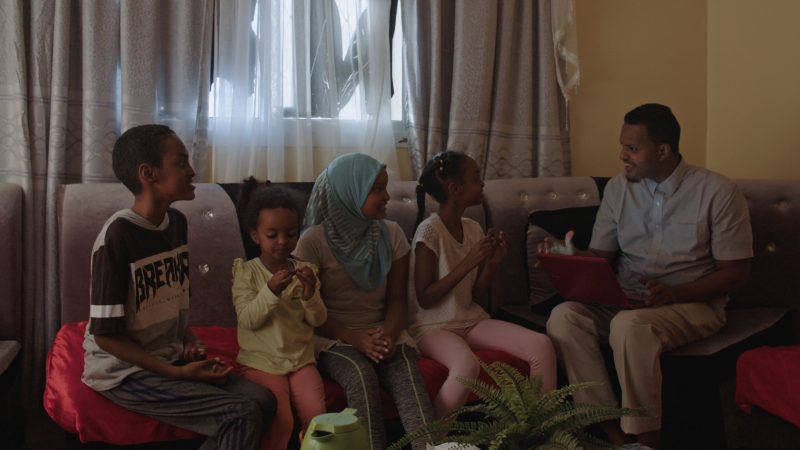 Golden Land follows a Finnish Somali family who move to Somaliland to find treasures on their family lands. For the father Mustafe, it is an opportunity to secure their future, but for the children – who were born in Finland – it is a culture shock. The film is produced by Liisa Karpo for napafilms and it is scheduled to premiere domestically in February.

The focus theme of the festival is Disorder. The Human Torch, a short film by Risto-Pekka Blom, is among the selection looking into this theme. It is a one-shot short film about traffic lights at night, where respectable people wait for the lights to change, even though the street is empty. The film is about the loss of a sense of security in an uncontrollably changing world. The Human Torch is produced by Pasi Hakkio and Niina Virtanen for Wacky Tie Films.

The Finnish films in the Nordic Light section, focusing on new films from the Nordic countries, are The Blind Man Who Did Not Want to See Titanic by Teemu Nikki, Hatching by Hanna Bergholm and Yellow Sulphur Sky by Claes Olsson.