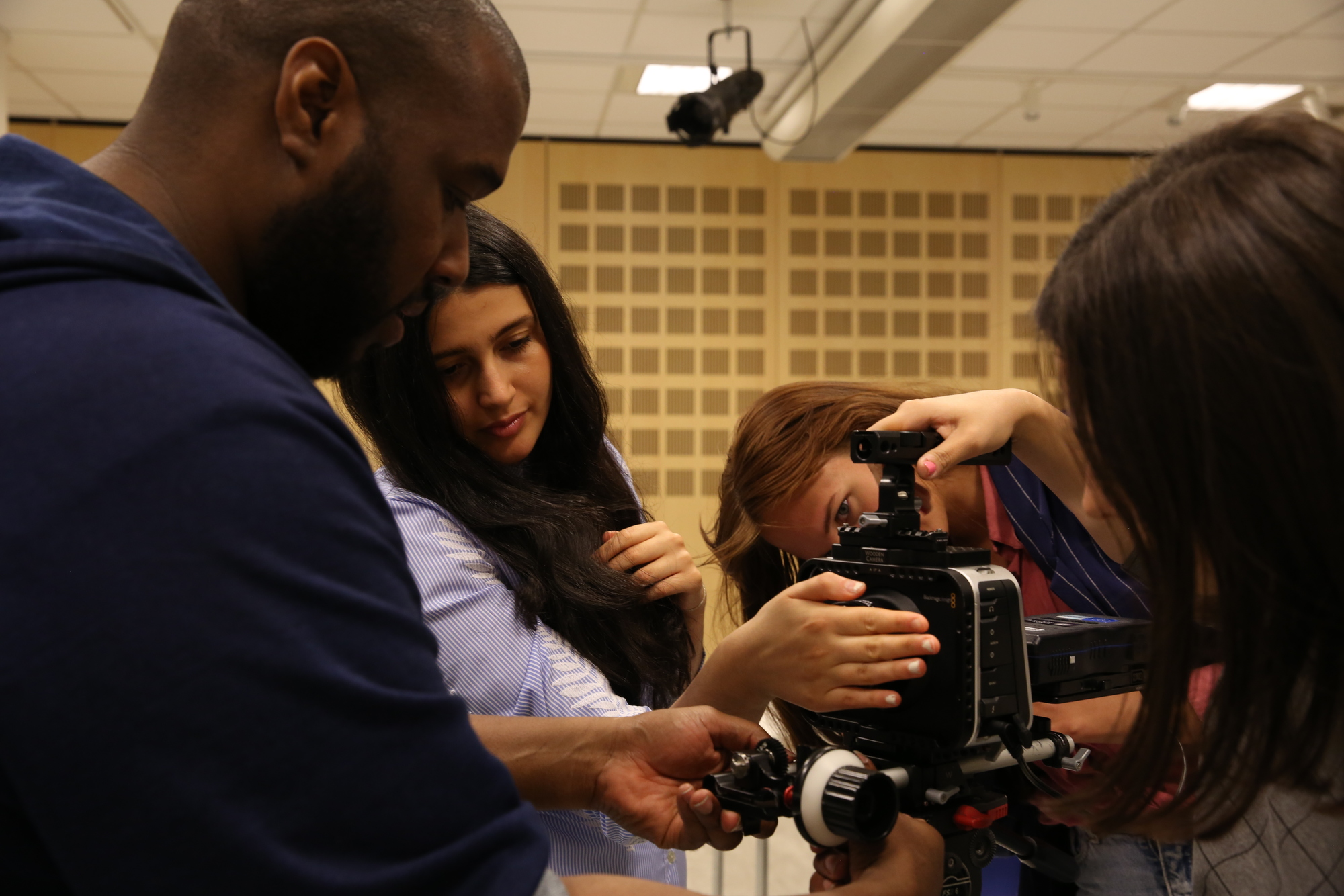 The Academy aims to design a new learning model and a sustainable pedagogical platform where people from different backgrounds are able to contribute to the film industry and initiate change. The project will kick off in January of 2019 with an Open Call seeking 12 new participants who will start their intensive workshops in Apr

AMPI is founded and directed by the internationally recognized and award-winning film director Erol Mintas; and curated by Elham Rahmati, a visual artist and curator. Both are based in Helsinki.

“The film industry suffers from a lack of diversity in its creative areas,’’ Mintas explains as he addresses the need for establishing a new academy. “The stories that are being told are not reflecting our pluralistic societies. The networks of professionals within the film industries exist only within closed circles. After meeting with my fellow filmmakers who are mobile in Istanbul, Helsinki, Stockholm, Berlin and other European cities, many of whom have faced difficulties in gaining access to networks and knowledge about the film industries in these different places, I’ve learned just how many of them have been forced to leave cinema and change professions in order to make a living.” This experience sparked Mintas and his team to develop the idea of the Academy in an effort to resolve the gap between mobile filmmakers and the established film industries.

A diversity of voices, genders, and cultures is integral to any group. Its absence mirrors structures of racism and intolerance and the lack of representation of different perspectives. Homogeneous representation within the film industry, as the cultural industry with the widest reach, contributes to the widening gaps between people from different backgrounds. The new academy identifies the structures that effectively reproduce one-sided narratives, and works towards a representative film industry that truly projects the diversity in societies without using a top-down approach.

In June 2018, with the support and collaboration of Perpetuum Mobile (PM), the Goethe-Institut Finland and Taike, the Academy of Moving People & Images put a fee-free filmmaking test-workshop into practice. The workshop was conceived as a hands-on course for three mobile participants: Helena Aleksandrova, Ramina Habibollah and Samra Šabanović. At the end of the workshop, they made their own short films and performed all essential roles in each other’s films, under the guidance of local film industry professionals.

An Academy that reflects the current world we are living in

The Academy of Moving People & Images does not have a space of its own. It is also moving,  in keeping with the philosophy of its platform: moving people, moving images, moving spaces of learning. The Academy operates within the space of its many collaborators such as Aalto University (ViCCA, Critical Cinema Lab), Goethe Institut Finnland, The Finnish Film Foundation, GAP, HIAP, Design Museum Helsinki, Museum of Impossible Forms, Third Space, Caisa, Istituto Italiano di Cultura Helsinki and Publics. Through this constant mobility, the participants get to know the Finnish art scene and surround themselves with a dynamic creative network.

The Academy is searching for new students now

Each year, a group of twelve mobile people who are currently residing in Finland will get selected by the director and curator of the Academy in dialogues with the board of advisors and lecturers. It is not necessary for the participants to have a background in cinema, however, it is important that they have a passion and aspiration for filmmaking and cinema as a medium.

“Within our selection process, we acknowledge the existing gender inequality in the film industry and strive to change it. The Academy of Moving People & Images is open to people from all minority communities in Finland, such as Roma and Sami people,” Rahmati explains.

The Academy will start its activities in April. The workshops will continue until September of 2019. In the workshops, the participants will acquire and exchange knowledge about the various tools of filmmaking such as directing, scriptwriting, editing, cinematography, film theories, etc. During and after this time, the participants will get to make to make their own films, for which they will have the full support of the Academy and its resources. The next open call will be published in January of 2020.

The first open call for new students is until February 20th 2019. The application can be filled out here starting on January 20th: Open Call

AMPI in a Nutshell

Erol Mintaş (b. 1983, Kars) completed his graduate studies in cinema with an MA thesis on the cinema of Andrei Tarkovsky. His first short, Butimar, and second short, Berf (aka Snow) received many awards, and competed in various important film festivals around the world. In 2014, Mintaş’s first feature, Song of My Mother, made a major splash on the festival circuit, playing around the world and was awarded many prizes, including the Heart of Sarajevo award for best film and best actor, and numerous other awards. He moved to Helsinki in January of 2017, where his new project (Earth Song with collaborator Mikko Viljanen) is currently underway, supported by a scriptwriting grant from The Finnish Film Foundation. His documentary film, From Mesopotamia to The North: Dzamil Kamangar, received funding from the Kone Foundation and is in production.

Rahmati was born in Tehran, Iran. She is a visual artist and curator based in Helsinki. Rahmati holds an MA of Visual Arts from the Accademia di Belle Arti di Firenze. In her work, she deals mainly with the politics of conflict, trauma and collective memory. She works as the curator and researcher for the ‘Academy of Moving People & Images’.