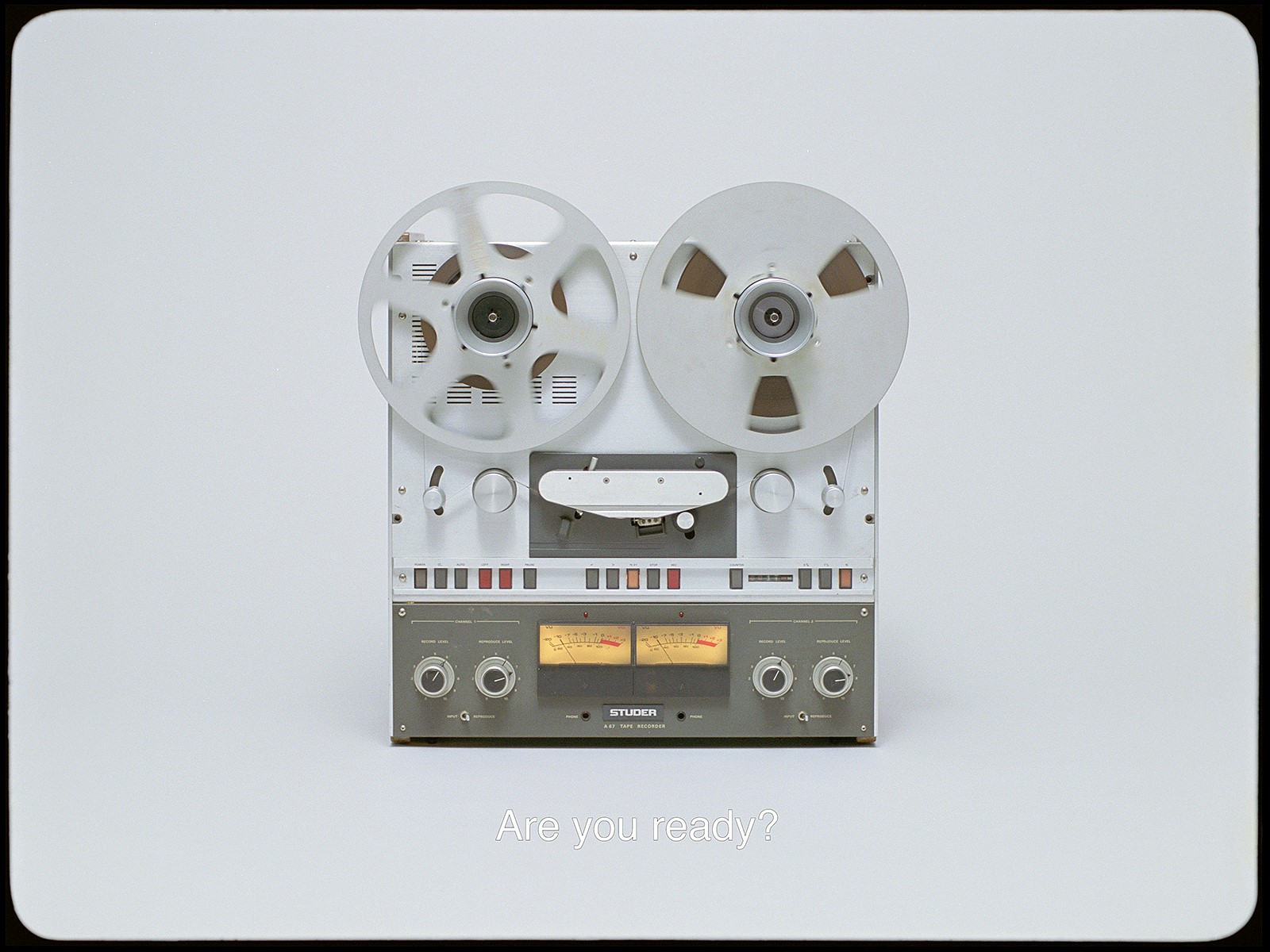 The Forum Expanded aims to expand the understanding of what film is, to test the boundaries of convention and open up fresh perspectives to help grasp cinema and how it relates to the world in new ways. The programme is independently curated and organised by Arsenal – Institute for Film and Video Art as part of the Berlinale.

In Akiya, a reel-to-reel tape recorder plays a song that tells a contemporary story of the increasing number of abandoned houses and buildings in Japan in the ancient style of Noh, a traditional Japanese theatrical form. The work does not show images of uninhabited buildings, but serves as a conceptual starting point for the work. The lyrics of the poem are translated to archaic Muromachi period (1333–1573) Japanese. It is based on current newspaper articles and poetic fragments, metaphysics and peculiar humour, giving character and personality to the voice we hear.

The work is shot on 35mm film consisting only a single shot: showing an analog reel-to-reel tape recorder playing back the song against a neutral background. The song is associated with the machine rather than the human. The performer becomes a machine and the machine becomes a performer. The work creates a future mythology or a dialogue between past and present by juxtaposing the traditional storytelling form with a contemporary interpretation of the current phenomenon of desolate houses.

Sound, perception and imagination are essential ingredients in the research and practice of Jonna Kina (b. 1984). Her work reveals the value of fictional viewpoints in non-fictional investigations. Kina’s works have been shown in the Tokyo Photographic Art Museum; Fondazione Pastificio Cerere, Rome; Dunkers Kulturhus, Helsingborg; Musée de l’Elysée, Lausanne; International Film Festival Rotterdam; Hasselblad Foundation, Gothenburg; Espoo Modern Art Museum EMMA; Kumu Art Museum, Tallinn and in Sara Hildén Art Museum, Tampere, among others. Kina has recently been awarded the Finnish Art Prize “Below Zero” (2018) and her film Arr. for a Scene was awarded as the “Best Nordic Short Film” at Nordisk Panorama Film Festival in Malmö (2017). She was also shortlisted for the VISIO Young Talent Acquisition Prize in Florence (2017).