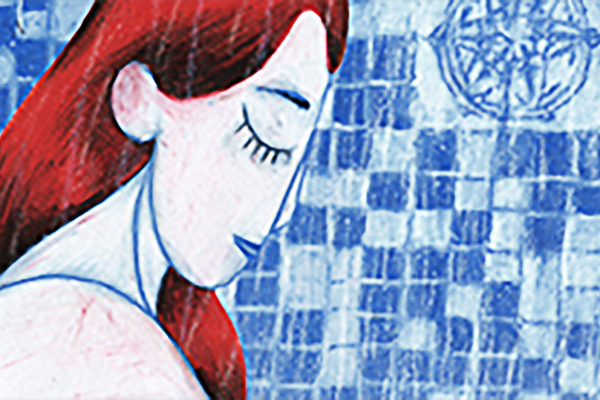 Risto Jarva Prize was presented for the 40th time this year. The jury was unanimous in their decision. The prize went to Marja Helander‘s Birds in the Earth (2018). According to the jury the film is “simultaneously strikingly beautiful, cunningly funny and political.”

In the under 30 minutes category the main prize went to the Birds in the Earth (2018, dir. Marja Helander).“We were awed by the way this visually expressive film uses performance, humour and irony to explore the Sami experience, and critique commonly held stereotypes.”

The special prize went to the fiction The Ceiling (2017, dir.Teppo Airaksinen). In addition a diploma of merit was given to Sami van Ingen’s film Flame (2018).

The youth jury award went to the Reminiscenses (2017, dir. Reetta Niettaanmäen, Erika Weiste). A diploma of merit was given to the fiction Hannu-Pekka Peltomaa’s Rose Garden (2017).

The Church Media Foundation awarded Entrepreneur (2018, dir. Virpi Suutari). Eva Wäljas, who decided upon who receives the award, described the film as follows: “To me, the film tells about human beings that are the same whether you live in a rural parish or the capitol.”

Uusi Kino -prize was voted by the viewers in Yle Areena to Hannu-Pekka Peltomaa’s Rose Garden (2017).

The International Grand Prix went to the Swiss Intimity (Switzerland 2017, dir.Elodie Dermange). “Intimity is a filmic and very beautiful animation about female sexuality, lust and enjoying your own body all the way.”

The film Sociumis Patimari (Georgia, Latvia 2017, dir. Rati Tsiteladze) won the EFA-nomination and will be competing for the best short film award in 2018 at the European Film Academy.

In addition two diplomas of merit were given, one for the Iranian fiction Taghi (2018,dir. Koorosh Asgari) and another for the animation Kötü Kiz (France, Turkey 2017, dir. Ayce Kartal).

This year’s favourite screenings were Maoriland short films and the Inspired by Nick Cave and Tom Waits screenings.