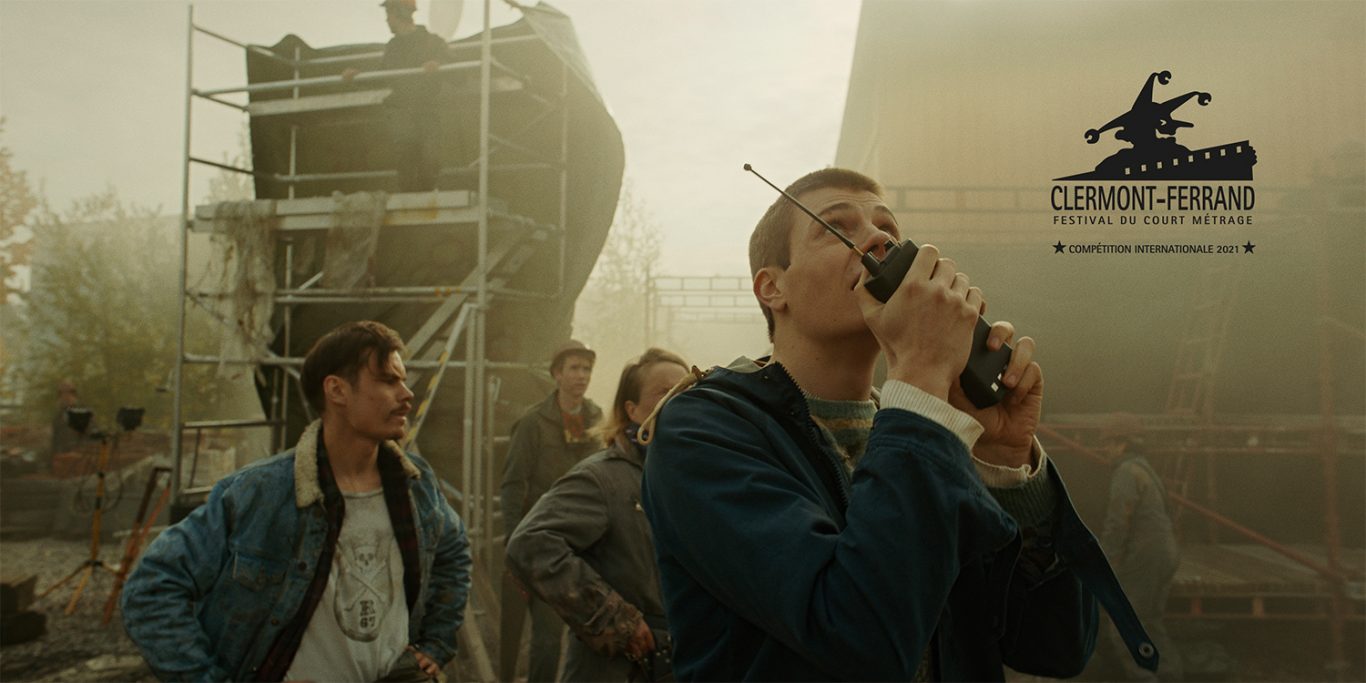 One year ago, at the turn of January–February 2020, just one month before the start of the global state of emergency, the Clermont-Ferrand Short Film Festival welcomed more than 170,000 visitors, approximately 3,000 of whom were film industry professionals. This year, all is different: due to the COVID-19 pandemic, the festival, which has for decades been considered the world’s most important short film festival, is being held entirely online.

The torch bearer of modern Finnish film at the festival’s international competition series is Nesting, a Bachelor’s Thesis film by Siiri Halko (b. 1996), who is studying at the Department of Film, Television and Scenography at Aalto University.

Nesting is a comedy drama about the difficulty of saying goodbye. Veikka, who is in his twenties, is leaving his job at a construction site to start a new life in Helsinki. Saying goodbye, however, turns out to be more difficult than anticipated as he comes across an unexpected situation: there is a baby in a hoisting crane. This sudden dilemma allows Veikka and his co-workers to talk about their emotions in a way that they have previously found difficult.

Encouraged by her artistic grandparents, Siiri Halko was drawn to the creative field already as a child. Following her visual arts hobby and a qualification in classical music, the 13-year-old Halko became inspired by the media industry and set out towards a career in film in HattuMedia, a media centre maintained by the City of Helsinki Youth Services. HattuMedia gave the teenage Halko the opportunity to explore producing, editing and filming.

Halko was a fan of Ang Lee’s Taiwan work and enjoyed the magic of Hayao Miyazaki’s animations, and her dreams of becoming a film editor turned to becoming a director as she was accepted into Aalto University’s film directing programme upon her second application.

Clermont-Ferrand Short Film Festival was clearly attracted to Halko’s audiovisual style because, in addition to Nesting, which is competing in the international series, the festival has also highlighted her short film Katharsis Oy, directed by Halko as a minor student work, with a Short Film Market Picks honourable mention with an eye to short film buyers and distributors.

“Katharsis Oy stemmed from anxiety, and the manuscript by Ossi Hakala gave the film its characteristic story form.”

Katharsis Oy is a crisp, social comedy about depression. In this short fictional story, the biological clock is ticking as Maija lies in bed, feeling anxious about her routine marital sex life. On the other side of the city, Matti, a worker on the verge of retirement, is experiencing desperate anxiety with the people around him expecting and demanding him to be jolly and good humoured. They both need change in their lives. Could they help each other?

“Baby in a crane”

Siiri Halko, a film director student, feels that she has grown as a filmmaker between her minor work and her Bachelor’s Thesis.

“Between Katharsis Oy and Nesting, I have adopted a film morphology that suits me better. I feel that the world is absurd and I want to convey this experience through my films. Easily approachable eccentricity and the angular nature of relationships appeal to me as a filmmaker. I hope that Nesting will be viewed as a feel-good flick, an odd and yet warm-hearted film that leaves a warm, empathetic smile on the viewer’s face.”

Nesting originated with a casually thrown idea “baby in a crane”. Screenwriter student Petra Koivula started to work on the idea, but the writing process was difficult and setting the correct balance between humour and drama took time. 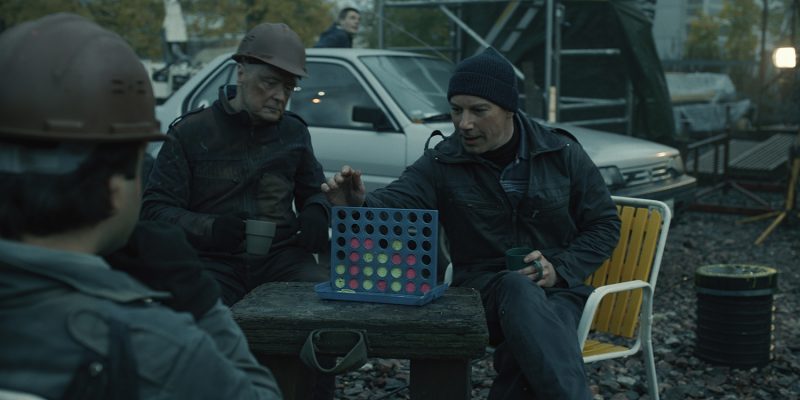 “The production process was full of instinctive searching. It was uncertain and even consuming, but the setbacks strengthened our professional identities and made the filmmaking a unifying experience. The mood of the film was adjusted during the precise training process, and we ended up having about 40 different editions of the film.”

“The essential thing about Nesting is that it was created as team work. Working with the entire crew was rewarding, but collaboration with producer student Aino Niemi and editor student Saara Välimäki was a particularly important and educational experience for me.”

Nesting will have its world premiere at a major international film festival in the middle of an exhausting state of emergency. As a result of the COVID-19 pandemic, the Clermont-Ferrand Short Film Festival, like many other film festivals, is being organised as an online event only. Naturally, this is disappointing for the filmmaker.

“The online festival feels so abstract. I do, however, hope that it will allow some sort of networking with other filmmakers. Watching short films selected for the international competition section is also intriguing to me as a learning experience.”

In the future, Halko hopes to have the opportunity to make films that are free from the strains of any particular genre. “I hope to make compassionate films with people who resonate empathy and I also want to study film history and learn methods that feel comfortable and safe to me and to others. I want to go forward with passion, to make great films.”

Halko calls for more personal touch in Finnish film, as well as courage based on one’s own primitive reactions. “It seems to me that for too many people, being a filmmaker is just an identity, in which case they get stuck in that ego and do not necessarily set out to create great content, just being a ‘filmmaker’ is enough,” says Halko.

The films of Juho Kuosmanen, who received the Prize Un Certain Regard in Cannes for his film The Happiest Day in the Life of Olli Mäki (2016), have impressed Halko. “Juho came to talk to my class during my first year of study. His sense of humanity and honesty was inspiring. As a filmmaker, I am intrigued by the peace of watching that is present in his films,” says Halko.

The pandemic has been a stressful time for Halko, but she has focused her efforts on the written part of her Bachelor’s Thesis and is also working on her next project. She is currently in preproduction with a series produced by Aamu Film Company together with young people from Eastern Helsinki, who are coming up with ideas for the production with her. The series will be directed by Siiri Halko, Khadar Ahmed – and Juho Kuosmanen.

Clermont-Ferrand Short Film Festival is organized Jan 29 – Feb 6 online. In addition to Halko’s film, To Teach a Bird to Fly is in the official selection. The short documentary by Minna Rainio and Mark Roberts, which won two awards in Tampere Film Festival last March, will screen in the European Short Film Audience Award section.