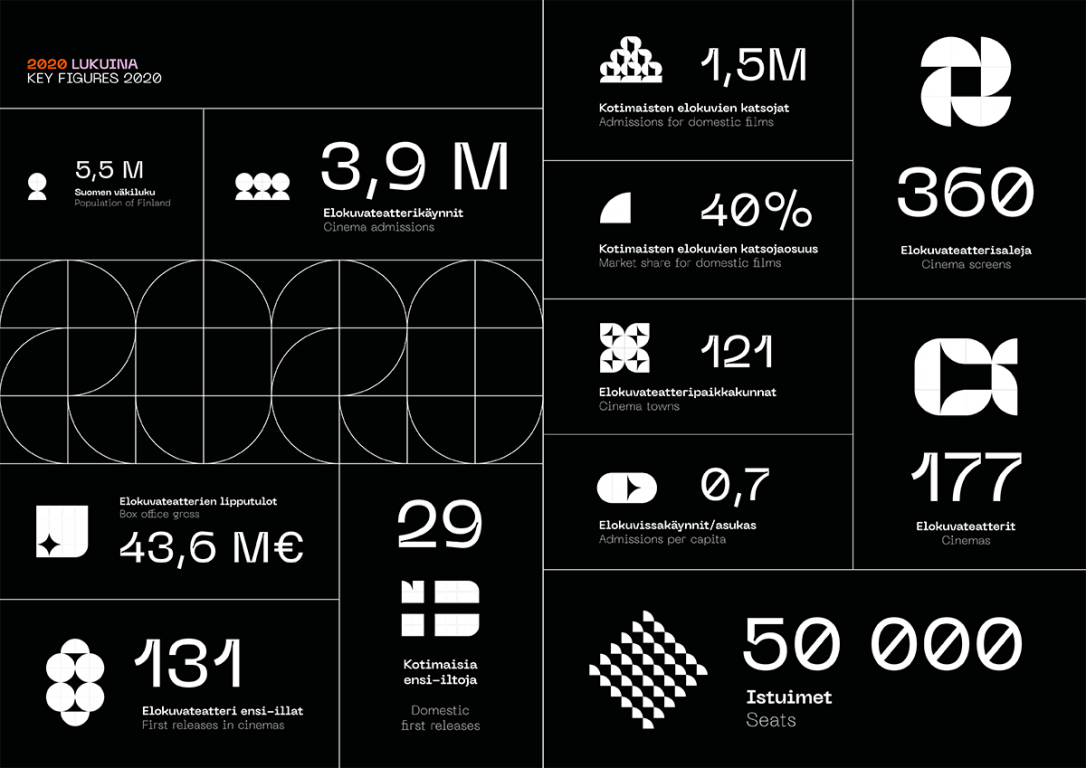 The safety measures put in place because of the coronavirus pandemic made 2020 a very atypical year at Finnish cinemas. All cinemas were closed mid-March for approximately three months. The rest of the year, cinemas operated with limited occupancy until most of them were fully closed again at the end of the year.

Cinema admissions and sales dropped 54% compared with 2019. The number of new releases also dropped as premieres were postponed or moved online. Most domestic films still made their release date and even surpassed the total domestic admissions of 2019.

Unusual year The year 2020 has become a statistical anomaly due to the COVID-19 pandemic....
Read more

The guidelines, written by actor Saara Kotkaniemi, are based on interviews with 40 actors and...
Read more