The year 2020 has become a statistical anomaly due to the COVID-19 pandemic. This has caused new film releases to be postponed and cancelled. The results for admissions in the full year in 2020 was less than 3.9 million which was less than half of the 2019 admissions. However, the year also offered a lot of successes. Finnish films have had 1 583 618 admissions and their market share was 41,1%. Six of the top 10 films were domestic films.

Films directed by women succeeded better than ever in 2020

The number one box office hit of the year was the animated sequel Frozen II which premiered in December 2019. It gathered 277,600 admissions during 2020. The film, which is directed by Jennifer Lee and Chris Buck, became also the most watched film of all time with a female director with a total 533,600 admissions.

Ladies of Steel, by Pamela Tola, was the most watched premiere of 2020. The comedy tells about the eventful getaway of a trio of retired sisters. The film came out in early January and gathered 247,000 admissions. Films directed by women did very well in general: of the six most-watched domestic films, four had female directors including the two most watched films Ladies of Steel and the family film Hayflower, Quiltshoe and the Feisty First-grader by Lenka Hellstedt.

Other Finnish successes directed by women were Zaida Bergroth’s Tove, Maria Sid’s Ricky Rapper and the Wrong Vincent, Jenni Toivoniemi’s Games People Play and Ulla Heikkilä’s Eden. They were all the most watched film of the weekend, for at least a week. Films directed by women gathered 57% admissions of all Finnish films’ premieres in 2020. 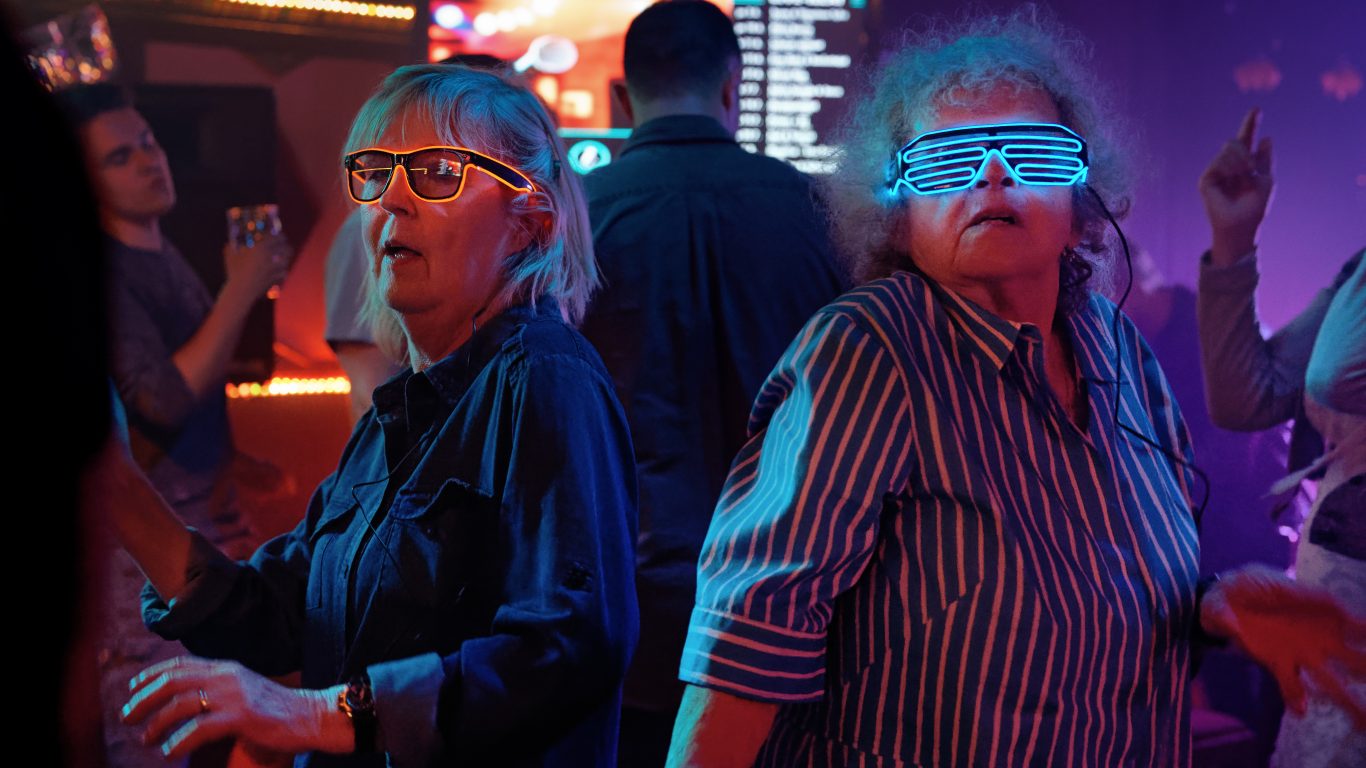 Ladies of Steel most watched premiere in 2020

A good year for Swedish-language films and documentaries

The already mentioned Tove directed by Zaida Bergroth became the most watched Swedish-language film set mostly in Finland. Another popular Swedish-language film was Klaus Härö’s Life After Death which premiered just before the lockdown in March but placed number 12 on the box office list 27,000 admissions.

Documentaries were far more successful than in previous years. Already in the spring Conductivity by Anna-Karin Grönroos collected over 3,000 admissions. In the fall Lost Boys, by Sadri Centinkaya and Joonas Neuvonen, gathered nearly 74,000 admissions and Aalto, by Virpi Suutari, 45,000. The most successful foreign documentary was Break the Silence: the Movie, a Korean documentary about the popular K-Pop boy band BTS. The film was shown only a few days in Finnkino theaters, where it managed to gather 3,600 admissions.

Tenet and Parasite in the top 10

The only major Hollywood film to premiere after the first lockdown was Tenet by Christopher Nolan which was number 3 on the box office list with 181,000 admissions. Number 5, and third most watched foreign film was Bong Joon Ho’s Parasite. The South Korean Oscar winner was the most watched film in Helsinki. With a total of just under 180,000 admissions, Parasite became the most watched Korean film of all time in Finland and the second most watched Asian film after Ang Lee’s Crouching Tiger, Hidden Dragon (2000). The fourth foreign film in the top 10 was Star Wars: The Rise of Skywalker which premiered in 2019. 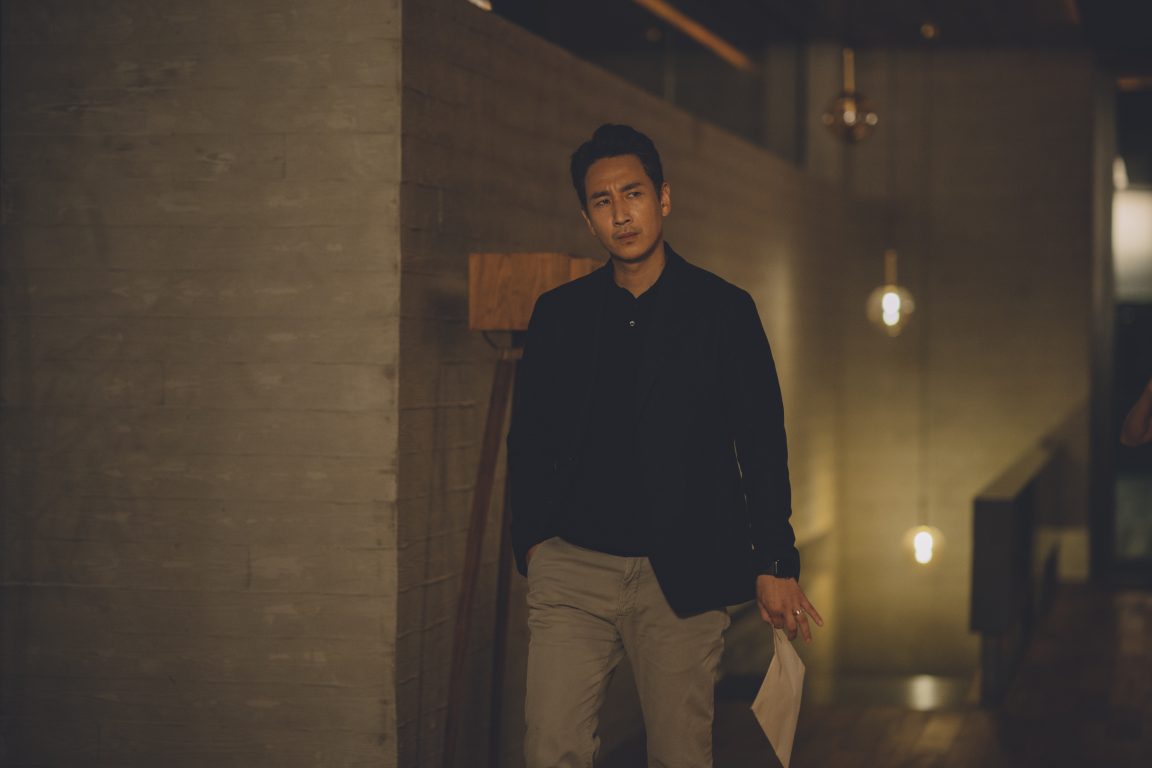 The Oscar and Cannes winner Parasite 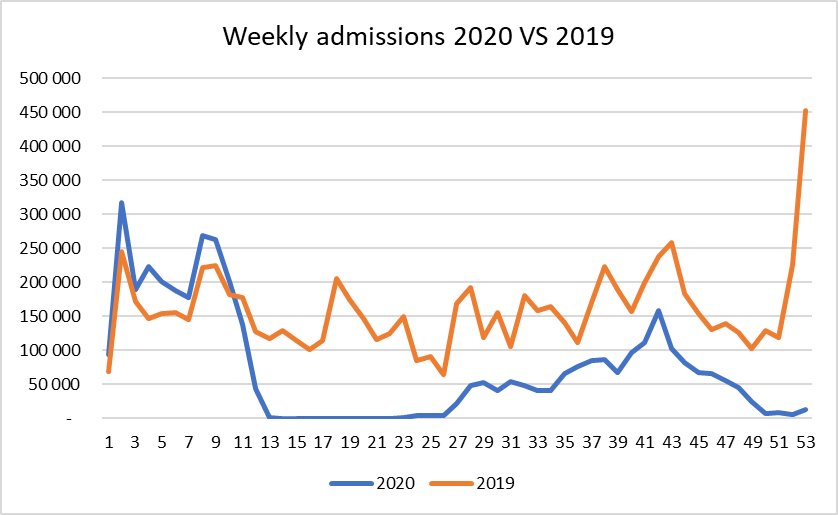 The safety measures put in place because of the coronavirus pandemic made 2020 a very...
Read more

The Finnish Film Foundation has published its statistics for 2019. The annual Facts & Figures...
Read more