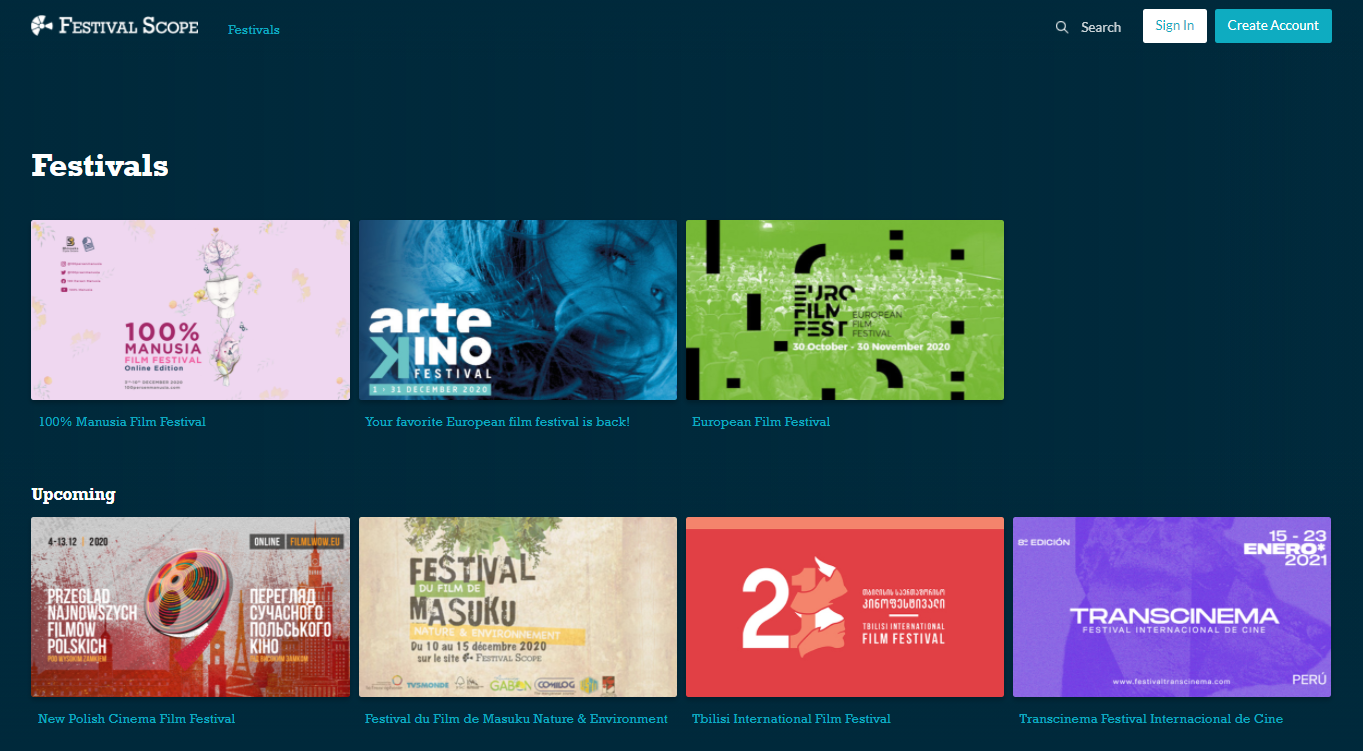 In our article series International Outlooks, festival and distribution professionals tell us what we should know about international distribution of films now that the business is in turmoil. In the third article, journalist Marta Bałaga interviews CEO & Co-founder of Festival Scope, Alessandro Raja, who talks about securing films and attracting audiences to online festivals.

Read the article in Finnish >>

As the online universe is here to stay, at least until the winter is over, CEO & Co-founder of Festival Scope, Alessandro Raja, shares some thoughts on how to use an online platform these days. And not lose your mind, or your film, in the process.

I would like to know how platforms fight against piracy these days. Even though, as pointed out by one filmmaker I know, all you have to do is basically film with your phone off the platform.

Sure – in some cases, it’s possible for users to film their screens from a separate device, but this isn’t anything new. CamRips [pirated videos created by illicitly recording a movie] very frequently pop-up for films that premiere at live festivals and in cinemas, and have for years.

We can combat this online with a visible watermark that has some sort of user-identifier that can be traced back to a user in case the film does get out there. Platforms also have the opportunity to enable other security measures that can protect from users exploiting geo-blocking with VPNs, verify credit card information and secure their films behind invisible, forensic watermarking that can’t be altered in case a user leaks a film. We have to keep in mind that security measures need upgrading all the time, following new pirating softwares… It’s a cat-and-mouse game!

What are some rules of a successful collaboration like that?

It’s impossible to recreate a physical festival online and I think it’s a mistake to try to do that. Online festivals should look at different goals, in particular to expand their audience from a geographical point of view, beyond the city or region of the festival. And, also from a sociological point of view, beyond their usual attendees. It’s an opportunity for festivals to reach younger audiences, people who can’t physically be there and people who simply don’t have the habit to attend festivals.

The key question is not if an online festival is competing with more traditional distribution channels, but how to expand the audience. The more people talk about films the more other people will watch them. And those who can attend festivals in person will do so anyway, as it’s a unique and irreplaceable experience.

How, in your view, can online screenings be rendered more special, to get the viewer at least a taste of this “festival” experience?

There are many ways that festivals have recreated the “specialness” of their in-person events. Some are presenting recorded masterclasses and conducting Q&As with the talent, either virtually or live. Others are also scheduling some of their larger screenings, so that all attendees are watching around the same time to replicate the feeling of an exclusive gala premiere. It’s also possible to present secret screenings, where users don’t know what they’re about to watch until they click ‘play’.

What are some of the questions you get asked the most, once someone is ready to put their film out there, so to speak?

Many festivals are looking to replicate their in-person event as best they can and want suggestions on how to present their films over the duration of their event as they have a few options: they can present all of their films as VOD-style rentals throughout the duration of the event, release them in batches and also schedule films to only be available for a few hours or a day at a time. It’s also important for festivals to replicate the ticketing options they offer their members by creating festival passes. Of course, security measures are always a significant aspect of all communications and the festivals have to find the right balance of allowing access to their audience and protecting against opportunistic behavior.

What are they most afraid of?

A lot of festivals are worried about the same things their filmmakers and sales agents are worried about, namely security. It’s a very important aspect of these collaborations and one that’s ever-changing as the industry adapts to this current reality throughout much of the world. It’s also very difficult for festivals to estimate the turnaround, as in most cases it’s their first experience with online screenings.

I wonder what you would recommend if a filmmaker needs to use another platform, one that isn’t established just yet. What to ask the festival in order to make sure it’s safe?

It’s important to ask the festival about their DRM protections because these are the greatest tools available to prevent piracy. It’s also important that the festivals are responsive to the constant changes and new information that comes from these services as they can be quite adaptive to incoming or newly found security threats.

Your film is almost done and it is time to send it out to the...
Read more

International Outlooks: Shorts – Crisis or opportunity in the face of the pandemic?