Skip to content
Latest news On groupthink, mass power and the possibility of resistance – Hanna Haaslahti’s Captured at the BFI London Film Festival 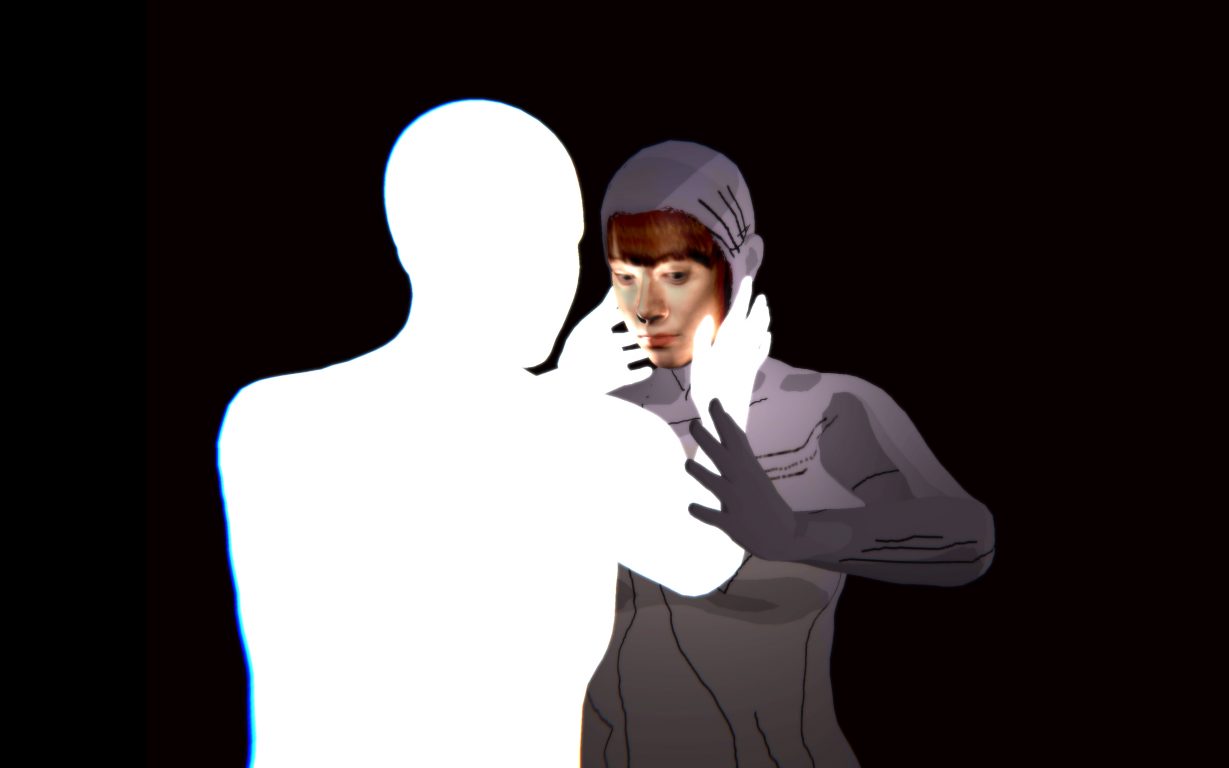 A group of bodies wandering together in a kind of unidentified space. One has a face familiar from the mirror. Suddenly, one of the characters chooses another and  begins to humiliate them. This one falls to the ground on all fours. Some of the crowd stand aside watching.

In addition to traditional cinema, the London Film Festival in October will witness immersive art and augmented reality experiences as the Expanded series presents works that push the boundaries of art. One of the works, which has been supported by the Finnish Film Foundation, is Captured, Hanna Haaslahti‘s exploration of social order and mass power. We asked Haaslahti to tell us more about the background and technical production of the work.

Captured sheds light on the social nature of bullying and abuse of power. A doppelganger captured from the viewer takes part in a mass scene inspired by the Nazi forced eviction rituals in Vienna in 1938.

Captured reveals that behind everyday situations of bullying lie mechanisms similar to those behind the systematic use of power. It is no coincidence that a scene in the work is inspired by Vienna in 1938. There are countless examples in history of how groupthink has led to violent and destructive consequences. Groups have their power, but also their dangers.

As Haaslahti comments: “I would say that systematic public humiliation of any group of people can lead to tragic consequences if not addressed in time.” Hannah Arendt theorised about the banality of evil in her famous The Origins of Totalitarianism. No one is necessarily inherently evil, but social order, groupthink and norms can lead to acts of evil. After all, Nazi leader Eichmann was only doing his job. The same irrational, everyday evil lies behind school or workplace bullying.

As researcher Christina Salminwalli has pointed out, it is not only the bully and the bullied who are involved in a bullying situation, but also the outsider, the defender and the reinforcer who play an equally important role. It is therefore a group phenomenon. In Haaslahti’s work, the triangle of bullying is formed by the bully, the bullied and the bystander. Anyone can be a participant in the work.

The possibility of empathy

The person who gives a face to a character does not know which part of the triangle they will end up in. This reflects the randomness of the social order. “Social situations divide us into different roles. We all have the potential to be a bully, a victim or a bystander. Humans are herd animals, and none of us is safe from mob violence. It takes exceptional abilities to stand up to your own group. Captured is also about how an individual can act against a mob,” Haaslahti says.

Perhaps it is this understanding of randomness that could inspire empathy. As a physical being, everyone is vulnerable. The work offers not only identification but literally sameness.

A story of shared insights

An immersive work of art also raises questions about its implementation. Haaslahti describes the relationship between artistic choices, stories and technology: “I am interested in the artistic and storytelling dimensions of machine vision. I wanted to make a new kind of interactive film, with extraordinary and sophisticated new technology, but also with a human and socially relevant story. It’s fun to make something surprising that is technically based on open source code and people’s shared insights into what you can do with the code. The team is an international group of people who have become both close friends and collaborators over the years.” Once again, the group is behind it all.

The London Film Festival will also screen the VR work Atomic / Ghost in the Atom by the Helsinki-based artist collective HNV, which uses VR technology to transport the viewer to “the world’s longest funeral” at the nuclear waste disposal site of Onkalo, Olkiluoto.

The Gravedigger’s Wife, the first feature by Kharad Ayderus Ahmed, Compartment no. 6, a festival favourite by Juho Kuosmanen and Invisible Demons, a topical  documentary by Rahul Jain are also in the program.

In Finland, Captured will be exhibited in Amos Rex, but the date has not yet been confirmed.