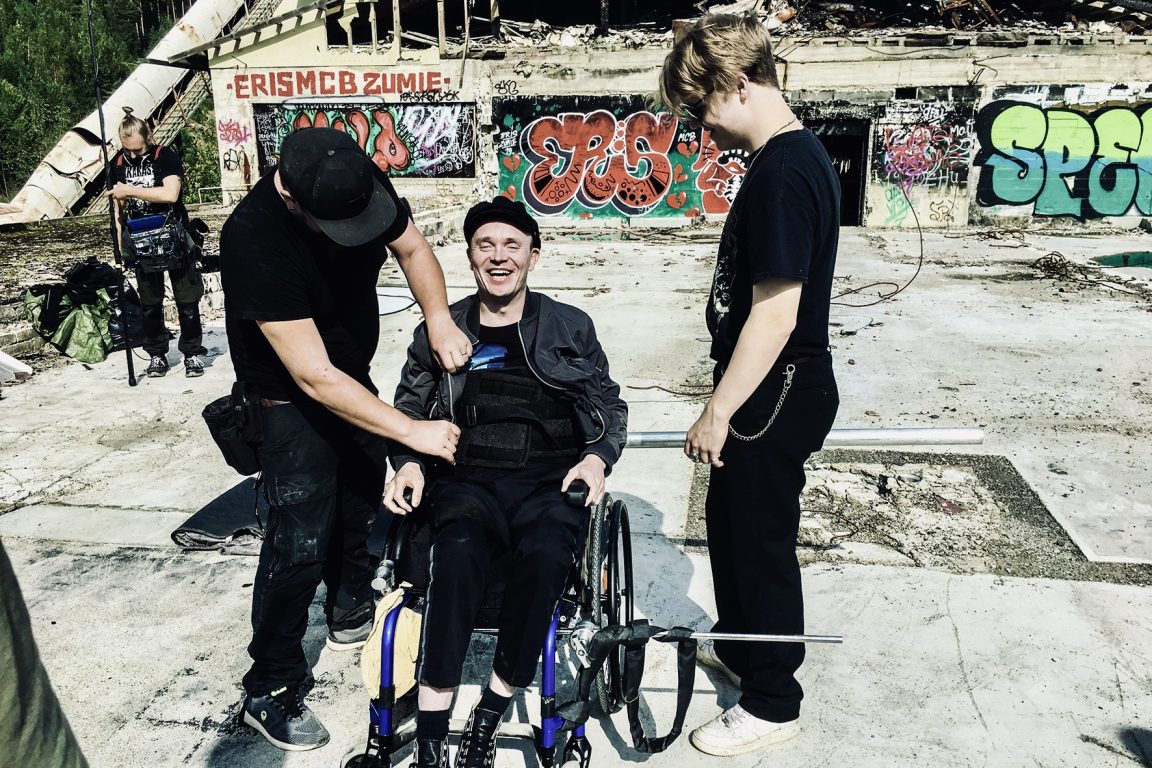 The winner of the audience award at the Venice Film Festival last year, The Blind Man Who Did Not Want to See Titanic has been selected to the SXSW film programme.

Image: behind the scenes with Petteri Poikolainen / photographer Niina Virtanen

The film directed and written by Teemu Nikki will screen in the Visions section aimed at “audacious, risk-taking artists in the new cinema landscape who defy traditional categorization in documentary and narrative filmmaking.”

The Blind Man, starring Petteri Poikolainen, is described in the festival press release as “an atypical action/thriller film about a man who has to go through hell to reach his loved one.” Its domestic premiere was in September. The film is produced by Jani Pösö for It’s Alive Films and the international sales are handled by Intramovies.

Other recent Finnish films that have played at the Texan festival include Fucking with Nobody (2021) by Hannaleena Hauru and Aurora (2019) by Miia Tervo. The festival will take place March 11–19, 2022.