Skip to content
Latest news Those who came before us – can we remember through films?

On April 26, in early morning Finnish time, the 93rd Academy Awards are handed out. Competing in the category of Best Documentary Feature, Crip Camp made writer Sanni Myllyaho hope that she could have seen it already in her twenties. The article is part of our Diversity in the film industry series.

I burst out crying in the cinema Korjaamo as Suffragette (2015), a film about women’s right to vote in Great Britain, ended with these words. They became a mantra that I still reminisce after many years.

Even though the film is quite mediocre, for me it was revolutionary. I was used to only seeing historical films where women hardly exist, and if they do, they are being tortured, raped and they are oppressed housewives, because the audience must know how bad things were for women back then. I had never before seen an epoch where women were not just bystanders but the makers of their own history.

Is this how you feel when you watch war films, I was interrogating my male colleagues later in the bar, somewhat drunk.

Only five years later I found out that the suffragette movement included a wheelchair user, Rosa May Billinghurst. This time my source was not a film but YouTube, and the narrator was someone like me, Jessica Kellgren-Fozard, a disabled content creator. 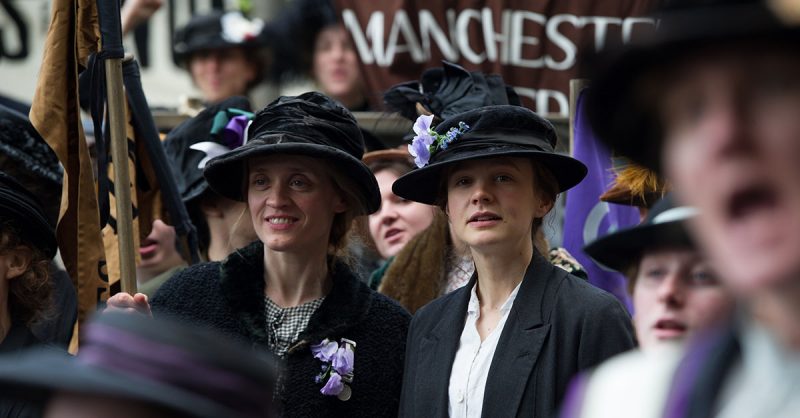 Billinghurst used a special wheelchair in the demonstrations, driving over the police officers who were abusing the suffragettes. She was often present in the events that Suffragette depicts: at least in Black Friday and the funeral procession of Emily Davison.

My initial film experience turned somewhat sour. Women’s battle for suffrage in Great Britain lasted for decades, and I still think that one of the ways the film succeeds is in narrowing the storyline to the radicalization of the suffragette movement. I couldn’t help but wonder what it would have felt like to see even a glimpse of someone in a wheelchair in the demonstration scenes.

Researcher Alison Landsberg developed a so-called prosthetic memory theory according to which we who have not experienced certain historical events can remember them through mass media. With the help of Suffragette, we can remember how women before us used to fight for the rights we now take for granted.

Film researcher Robert Burgoyne is not quite as positive. He says that films, in fact, are instruments of forgetting: as we watch Suffragette, we forget that there were also women with disabilities involved, like Billinghurst, and Black women, like Sarah Parker Remond. 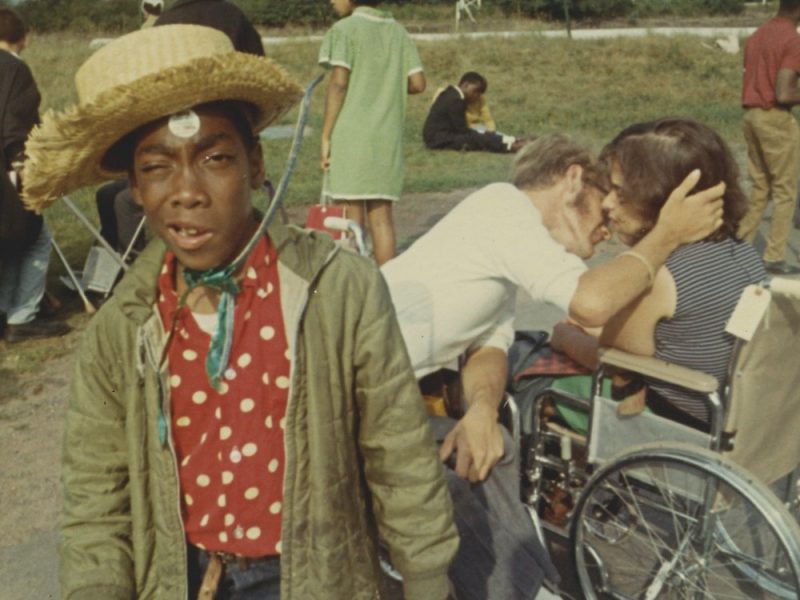 A central character in the film is the wheelchair user Judith Heumann. She is a tough organizer, be it deciding on the menu of the day at the camp, stopping traffic on Manhattan as part of a protest, or taking over the Health Department’s building in San Francisco in order to secure the rights of people with disabilities.

The occupation of the Health Department’s building becomes the climax of the film. The 1977 sit-ins were promoting the Section 504 of the Rehabilitation Act which required all parties receiving government funding to ensure accessibility in their facilities. In short, making sure disabled people could access schools, hospitals and public transportation just like people without disabilities. The Ford and Nixon governments were trying to water down the Section.

When it seemed clear that the Section would not be enforced without pressure, physically disabled, visually impaired, deaf and developmentally disabled people stormed to a regional office of the US Health Department and refused to leave. The FBI I tried to force them out by cutting down the phone connection. Stopping communications didn’t quite work out. The deaf demonstrators simply signed the messages through a window to the people standing outside.

I’m not crying, you are crying.

I was head over heels for Judith. I was applauding when as a young woman she announced in a TV interview that she would like to see disabled people fight for their rights all over the world. I was thrilled when she told off a Health Department lackey who was sent to the occupied building to explain away the issue.

I wish I had known about Judith before I turned thirty.

DISABILITY ACTIVIST JAANA TIIRI pointed out something I had not thought of before: Most people with disabilities are born to parents who are not disabled. Most people who become disabled later in life do not have a disabled community around them.

This means that our stories about the prominent figures in our history, our heroes, do not pass on easily from parents to children, from generation to the next. Instead, we consume media where we are seen as charitable objects for random by-passers because, for some reason, it seems impossible to be kind to a person with disabilities without posting about it on Instagram. 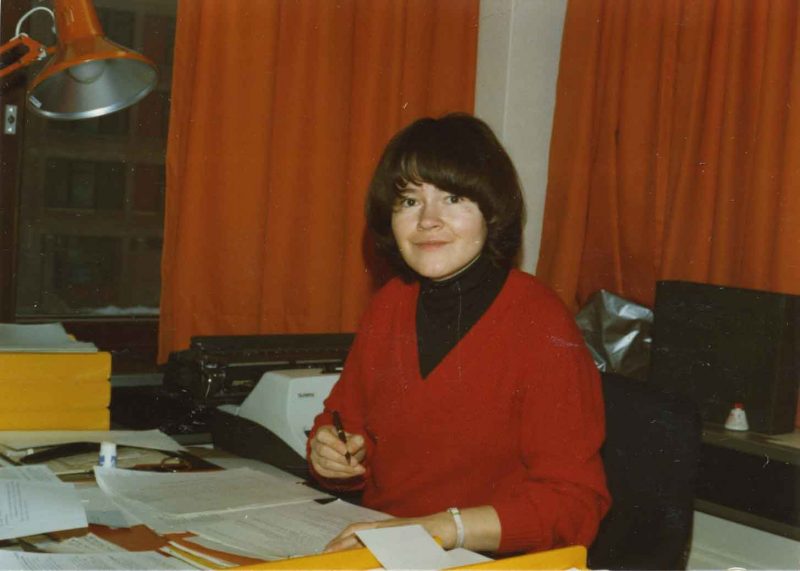 Liisa Kauppinen, the Secretary of the organization for the deaf in Helsinki. Source: Collection of the Finnish Museum of the Deaf / The Finnish Labour Museum

Only a decade later I have understood how important it was for me, when I was growing up as a young disabled woman, to meet the deaf human rights advocate Liisa Kauppinen, at that moment.

Kauppinen became deaf at the age of five, got through a school for the deaf in the 40s and 50s where children using sign language were punished by striking their fingers, and grew up to become an influential organization leader who had a significant impact on securing the right to sign language in the UN Convention on the Rights of Persons with Disabilities.

I remember how Kauppinen spoke in a public event about the first development cooperation projects of Kuurojen Liitto (the Finnish alliance for deaf people). How in Rwanda they trained the first sign language interpreters and how their hands were cut off when the genocide started.

Did you know that Kauppinen was the first and so far the only Finnish person to have received the UN Human Rights Prize? At the same time as Kauppinen received her prize, they awarded Malala Yousafzai who defended girls’ right to education. Her name is surely known by many. Very few have heard of Kauppinen.

In my dreams, there would be a film about Kauppinen and she would be played by Silva Belghiti, the first deaf actor to graduate from Theatre Academy in Finland. That way more young women with disabilities would have a chance to meet her.

I KNOW WHAT I AM GOING to do on the night of April 25: I will try to make a salad with my younger brother’s recipe (and most likely fail, as my brother is the better cook), I will prepare the coffee maker in advance and set the alarm to early morning after contemplating on whether I have the strength to wake up already for the red carpet of the Oscars or if I should sleep a bit later.

For years now, I have taken a day off from work on the Monday after the Oscars so that I can sleep off the drowsiness from staying up for the show. I have tweeted through the night with other film geeks on-call. This year, however, feels special and not just because of the pandemic.

I usually don’t have a strong opinion on who should receive which award – only on who should not receive the award (yes, I’m talking about the two of you, the hearing actors nominated for playing deaf characters). But this time I have a favorite in the category of the Best Documentary Feature. The other director and producer of Crip Camp, James Lebrecht is disabled and has attended the Jened camp in his youth. I try to imagine what it might feel like to see a disabled filmmaker receive the award on stage. 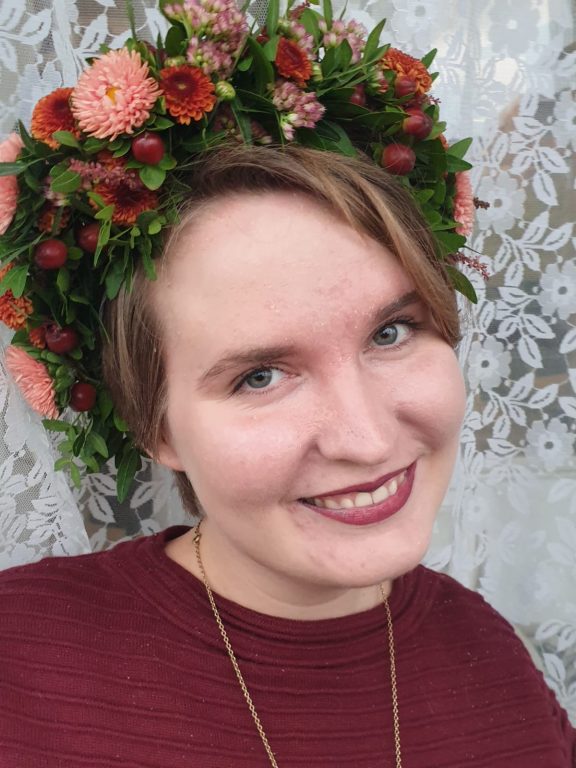 The Academy Award winners usually get bigger audiences compared to the other nominees. I want Crip Camp to win. I want those extra pairs of eyes to witness our history.

Judith Heumann, thousands of women roll behind you. Lead on.

Sanni Myllyaho is a communications planner x2 and a freelance writer. At work, her Teams background is an image of Jordan Horowitz, a producer of La La Land, at the 2017 Oscars holding a card for the audience that says, Moonlight: “Moonlight, best picture.”

Only change is a constant fact

“Stories humanize and connect us, this is something that is generally agreed upon, and the...
Read more

Nothing about us without us

In our Diversity in the Film Industry series, Mira Eskelinen writes about trans representation on...
Read more