Skip to content
Latest news What is really going on in families? – Cheating is Good For You featured at the 25th Ji.hlava International Documentary Film Festival 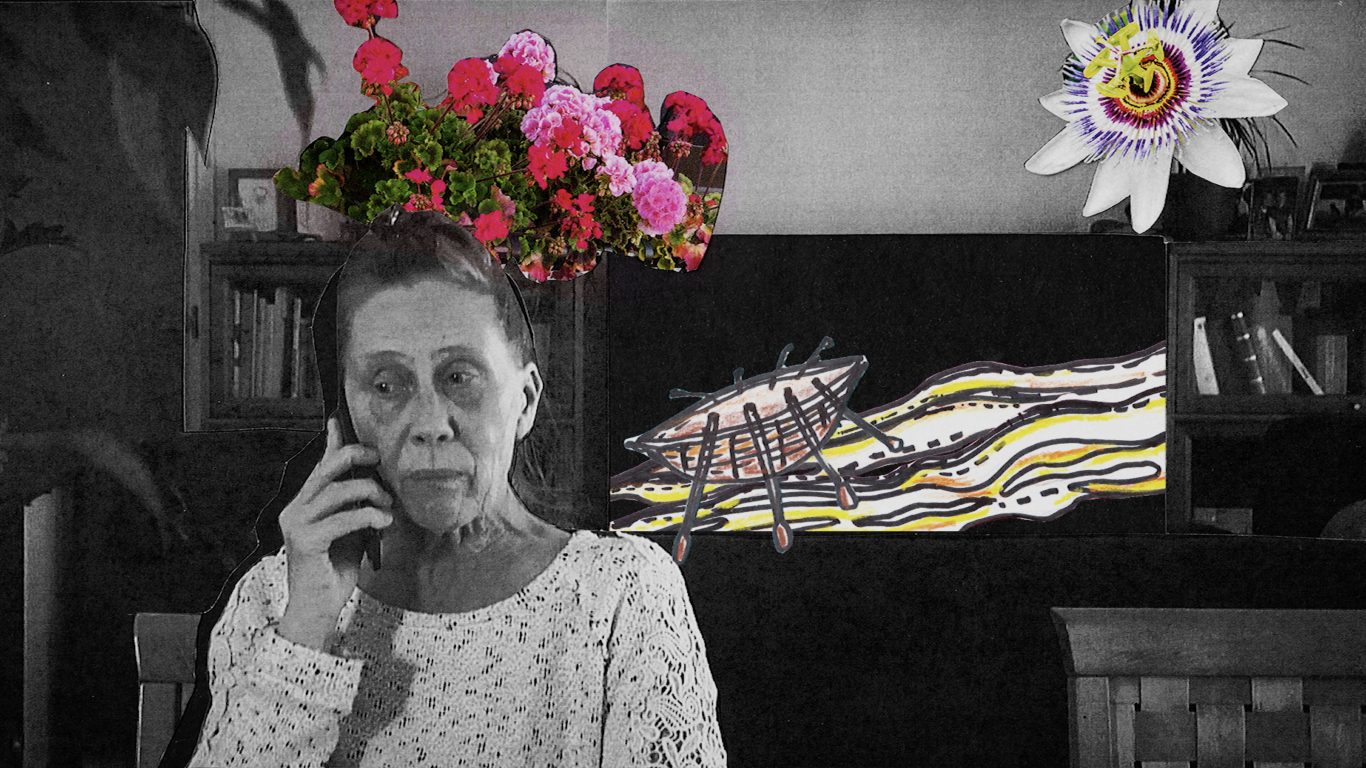 A middle-aged woman has been cheating on her husband for 40 years. Now she reflects on her past and recommends an extramarital lover to others as well. Catarina Diehl’s short documentary “Cheating is good for you” has been selected for the short film series of the prestigious Ji.hlava Documentary Film Festival, where it will have its world premiere. We interviewed the director of the film Catarina Diehl about her latest short film, family taboos and the possibilities of animation.

The experimental short film is part of a series of documentary shorts called Silenced Family Stories, supported by the Film Foundation. The series sheds light on the darker side of family life and deals with the taboos associated with it. Ji.hlava documentary festival, the largest documentary film festival in Central and Eastern Europe, takes place in Prague from 26–31 of October. Cheating is Good For You presents a middle-aged middle-class woman (Kati Outinen) who is not as ashamed or regretful of cheating as one might think. Her truck-driving husband is perpetually absent, and her children grow more distant by the day. However, an extramarital affair brings relief from loneliness.

Catarina Diehl says she chose the theme of betrayal because she originally wanted to make a film about a woman, she knows who stays in her marriage only because a divorce feels so difficult. But she has a lover who remains neatly and carefully hidden from her husband and children. “This is so fascinating to me because I haven’t had the same experience. Something about the setting goes strongly against the principles of marriage. You’re supposed to love each other and cherish your own little relationship, the family, which is the foundation of society. The idea then took me further, and I became more interested in the role of the woman and her role as a cheater who seeks satisfaction outside marriage. If a woman cheats, it is still widely considered much worse than if a man did it, ‘after all, men have a bigger libido’ and more rights. I wanted to hear from women why and how they cheat, so I put an ad in the newspaper for my documentary, and the calls came!”

Diehl’s previous short documentary, “Confessions of an Angry Mother” was about a mother who fears the uncontrollability of her own rage – including towards children. The film also depicts the reflection of her own childhood traumas and their effect on her own parenting. What if you suddenly see your own abusive parent in the mirror? Diehl says she has reflected a lot on the social norms that dictate family life. What really happens in families? “Who lives that perfect family life, and what is it? I myself grew up amid a turbulent divorce, and back then as a child in the ‘80s divorce was still rare and taboo. It was hard to talk about, and I still wonder why. Over the years, I’ve come to understand that there are all sorts of things going on behind the scenes that people don’t talk about. I’d like to understand better why not, and I know that taboos can keep people chained. If we could just get out of these chains, maybe we could live better together.”

Diehl uses animation in her experimental films, which seem to reflect the inner world of the protagonists and illustrate the possibility of parallel realities. “The use of animation started from the fact that I wanted to cover the faces of the main characters, while reflecting their inner world. I create stories boldly and freely, but that’s the beauty of filmmaking. The moment someone else tells your story, the story takes on a new dimension. Why not embrace this role of storyteller with open arms? As an artist, I can add something to the audience experience. What you see is my interpretation, which I spice up a little more. In this way I try to bring humour and warmth to often very difficult subjects. The flashy animations also show that things are not so clear-cut,“ reflects Diehl.

Diehl has more silenced family stories in mind that she would like to explore. “They are ready and waiting to go into production, hopefully later this year. There will be more taboos and awkward family relationships, told by women of different ages, from a child to a 90-year-old,“ reveals Diehl. 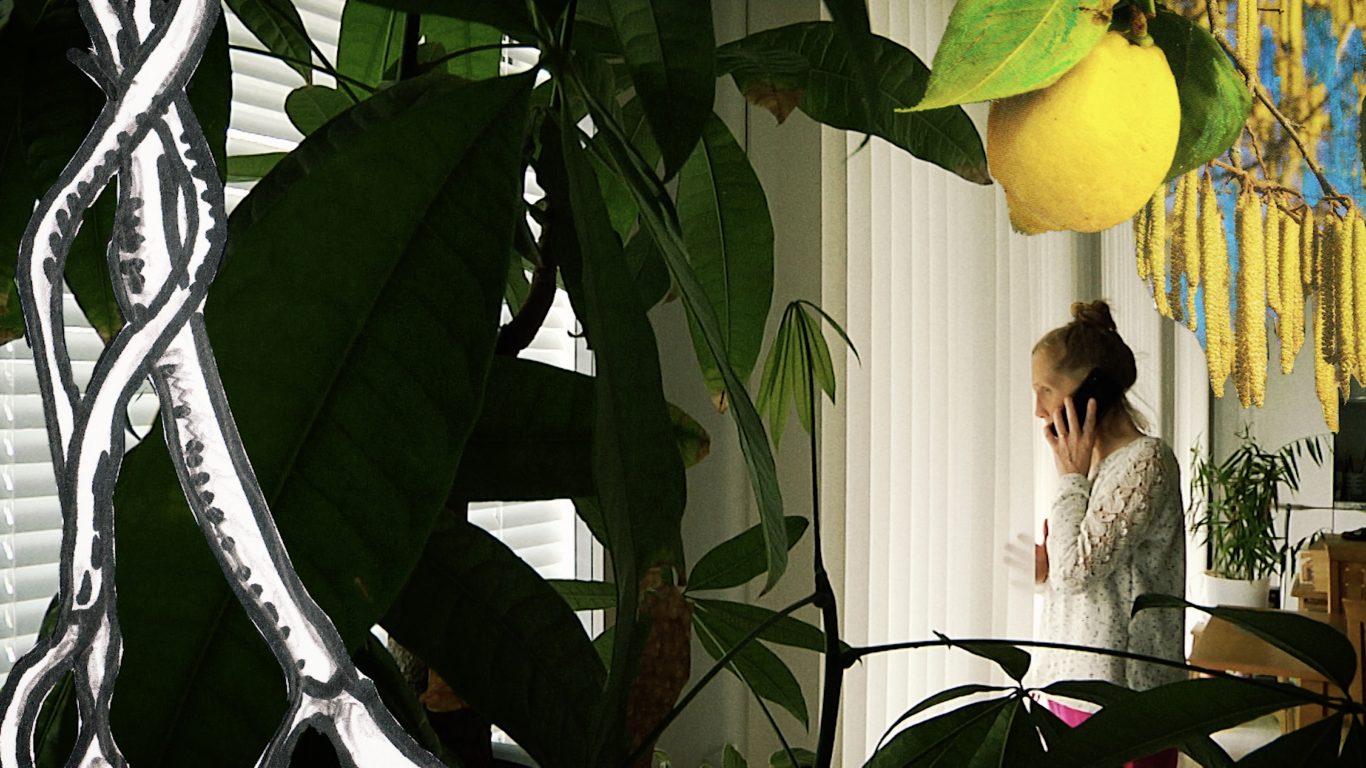 The woman played by Kati Outinen weighs the benefits of an extramarital relationship.

How to Kill a Cloud by Tuija Halttunen will be also screened at Ji.hlava. Ji.hlava International Documentary Film Festival October 26–31, 2021.